After the second world war, Europe has been experiencing one of the most significant influxes of migrants and refugees in its history since the beginning of 2015. According to the European Union, more than a million migrants and refugees from Syria, Afghanistan and many other Asian and African countries crossed into Europe in 2015, compared with 280,000 in 2014. The scale of the crisis continues, with more than 135,000 people arriving in the first two months of the following year, 2016.

The refugees had to face a lot of trouble on the way to Europe from their homeland. They were waiting on the sea near to Italy or Greece one week or more as many European countries denied to take refugees though all countries were committed to taking responsibility for this issue under 1951 convention on the status of the refugees (article 32) as well as European Union Law. Anyway, the people suffering a lot finally have got a country as their second home with the refugee identity.

The process of getting shelter is complicated. I know the procedure in Sweden that has been the biggest host country for Syrians outside the Middle East. Sweden has offered permanent residency to Syrian refugees. Up to 30,000 Syrians have come to Sweden since the unrest started. Most have arrived by plane from Turkey after traveling for months with the help of human smugglers – a journey which set refugee back thousands of dollars. The Swedish Migration Board have maintained arrival centers across Sweden.  The centers have been the first port of call for Syrians seeking asylum. At one, in the Stockholm suburb of Märsta where I have been living, there was a constant roar from the airplanes arriving at and taking off from the nearby international airport. Asylum seekers walked with whatever possessions they managed to keep with them through their long journeys. They reported to the reception and a check-in process began, much like at a hostel. They received bed sheets, were allocated a dorm room, and were shown the shared bathrooms. Meals were served at set hours in the common dining room. They had their fingerprints taken and were given a time slot for their asylum interview. Then the staff aimed to process their applications as quickly as possible so that they could be sent to proper accommodation in towns across Sweden. There are many camps established for the refugees.

It is not true that all refugees are poor. Many come from successful working backgrounds. To make the journey into Europe from somewhere like Iraq or Syria requires a substantial finical outlay. I know one family who came to Sweden with €16,000. They stayed in a hotel as long as they could afford to apply for asylum. I have another friend who was working as a banker before he was bound to leave his family and job. Another misconception about refugees is that all the people in the camps wish to stay in Europe. As known, many were forced to leave promising careers and their families behind to make the journey and want nothing more than to return if it is safe to do so.

The refugees are at least more safe in Europe than their own countries. From my own experience, I can say that they have a normal life while they would die under bombs in their motherland. As they do not know the culture and language of the country they now live, they are supposed to learn the language and other social norms and rules to adjust with the society. When a person is granted as a refugee, he or she is sent to refugee-camp and supervised, and helped by a contact person. Whatever they do, they are bound to inform the person first.

The government does everything to allow them to be fit with the society. Although a refugee gets a minimum living cost even travel card and the like from the government until they begin to earn enough money, they are supposed to be self-independent as soon as it is possible. How they lead their lives depends on the country where they have been granted. Germany or Sweden, for example, give more facilities than Greece or Italy. As I have heard from my friends, they cannot live independently until they start earning themselves.

In Europe, if a person wants to work, it is a must to know the language and to have a specific education in the field they intend to work. That is why, refugees are sent to a school where they can first learn the language, and then they are given high-school education. Provided that they successfully overcome the level, they are allowed to go to college and university or any professional institutions. Otherwise, they can start looking for a job with the help of governmental job agency.

It may seem that they have got a bright life, but there is something hidden. I know many refugees who are disappointed because of their uncertain future. Otherwise, most of the refugees have moved to Europe alone keeping their wife, husband, children, parents, siblings and many other relatives. They are always in tension about their loving persons. It is difficult and a lengthy procedure to bring their family members until they start earning money.

Howsoever, all the refugees in Europe are safe now and have a dream to get back everything someday. I think it is better to have a dream instead of a brutal reality. 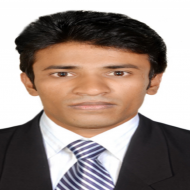