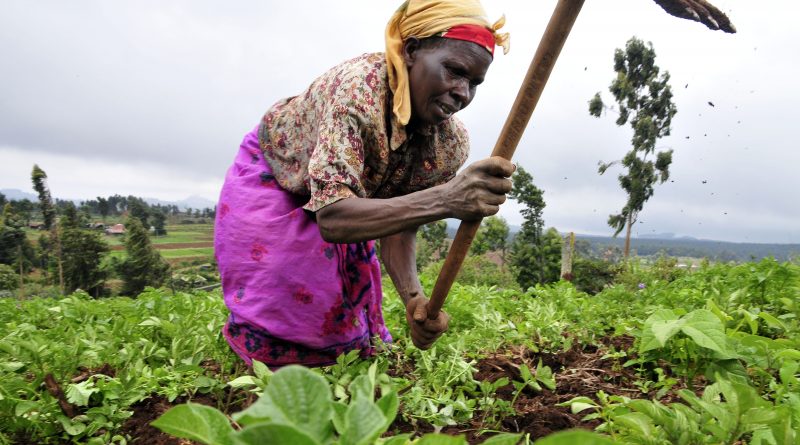 This is a continental phenomenon. Following the roaring 2000s that saw the fast growth of middle-income countries in the global South – epitomized by the BRICS (Brazil, Russia, India, China, South Africa) – many African countries defined in the early 2010sas a priority the attainment of this status of emergence. This is the case of Côte d’Ivoire (2010), Gabon (2011), and Senegal (2012) for instance. “Out of 54 African countries, 37 launched a plan aiming to get the status of “emerging countries” on the medium-term perspective”, counted the French researcher Thierry Vircoulon. From Paul Biya’s “Emergence 2035” in Cameroon to Museveni’s “middle-income status by 2020” in Uganda, these plans are highly politicized.

At the same time, there is a lexical confusion: there is no commonly accepted definition of what an emerging market is, and the “emergence” evoked by governments also defines a trend: 6 of the 10 fastest-growing markets in 2018 in the world are in Africa.

In this article, I will highlight the economic, political, and environmental risks of relying too much on such mottos, and on the confusion between trends and targets.

First of all, one of the main factors of instability is the confusion between the two publics to which the narratives of emergence are addressed. On the first hand, they aim international investors: by ensuring a high economic growth, they promise appealing revenues and growing markets to these actors. On the other hand, governments also aim their own population, appeasing current unrest and inequalities with the perspective of a better tomorrow. Although the rapid growth of a middle-class would represent a common benefit – more customers for investors, more wealth for the people – the policies enforced to reach this goal might eventually hamper its sustainability.

The priority given to foreign investors makes them an overwhelming competitor to local companies. Following liberal policies enforced by Washington institutions (World Bank, IMF), transnational firms often benefit from tax exemptions that put them in a prevailing position on local markets (i) and deprive governments of much of their tax revenues (ii). In many cases, these clauses are the result of biased trade deals due to unequal terms of the exchange. For instance, Oxfam pointed out how mutual tax exemptions between Niger and France were blatantly benefitting French companies, which are more numerous and more powerful to invest in Niger than Nigerien firms investing in France. At the same time, the accrued presence of these investors also increases the cost of living in many African capital cities: Luanda, the Angolan capital, was the most expensive city in the world in 2017, and N’Djamena, in Chad, was also part of the top 10 in the previous years. The sudden arrival of expatriates saturates the market of (standing) accommodation and makes prices rise, rendering more difficult for the local lower and middle-classes to improve the quality of their life.

On the other hand, public investments also suffer from this race to emergence. A quick look at the main infrastructural projects shows a priority given to foreign companies, bigger, more experienced, and more prone to ensure a quick construction, in order for the ruling governments to have a “material” proof of their emergence to show. The two pharaonic Ivorian bridge projects, the first one inaugurated in 2014, the second to be finished by late 2020, have been both largely funded by external investors and partners, such as the AfDB, the World Bank, etc. They respectively have been and will be built by the French building company Bouygues and the Chinese CSCEC. No or few Ivorian companies directly benefit from these two colossal projects that jointly cost 500 million USD, an amount mostly borrowed abroad and mostly flowing back abroad.

The hast in the quest of emergence also pushes governments to favor cheap services and expeditious projects, as various initiatives seek to improve the quality of African infrastructures. In other cases, the “generous” infrastructural gifts offered by China coincide with other “generous” trade deals regarding the extraction of natural resources, trading a potential investment rent and domestic industrial policy with such structures. As a matter of fact, what has been labeled as “China’s stadium diplomacy in Africa” led Beijing to build nearly 60 stadiums on the continent between 1969 and 2015, targeting various oil-rich countries such as Angola, Gabon, and Equatorial Guinea.

There is a tremendous danger arising from this situation: instead of ensuring the emergence of their bargaining power, these deals tend to shrink it in the long run by significantly increasing the debt. Despite a long and painful process of debt write-off supervised by the World Bank and IMF, leading to many privatizations and to more acceptable debt levels in the 2000s, the trend is going up again. In March 2018, The Economist gave alarming figures: in 2012, the median debt level in Sub-Saharan Africa “fell to just 30% of the GDP. Today, the median debt-level is over 50%”.In Uganda, Moody’s announced in July 2018 that the debt had tripled in only three years, reaching 50% of the GDP. Such rates would not be that concerning if they concerned Western economies, but the African situation is dramatically different: tax revenues of most countries account for between 10 and 20% of the GDP, and many public-private infrastructural partnerships schedule a refunding process spread over a long period, thirty years in the case of the new Abidjan bridge. Most of the African States have to face high-interest rates, while the dependence of many of them to natural resources whose prices keep fluctuating makes them even more fragile in this situation.

In other words, there is a high economic risk to pursue the status of “emerging country” as quickly as possible: the gigantic investments mostly benefit to foreign giants where there would have been an opportunity to develop local companies and inject such amounts in the domestic economy. In the short-term, they tend to increase the inequalities within the population (for instance, between those rich enough to pay the due amount at Abidjan’s new bridges tolls) and to increase the cost of living. The issue of indebtment is also a serious one: if the African States keep doing such tax exemptions and contracting long-term loans with foreign investors, they will lose what remains of their bargaining power and their ability to conduct public policies.

The economy is not the only one to be at stake. The suitability and the relevance of these plans are to be questioned. The confusion between emergence as a target and as a trend is also a dangerous one. Despite their significant economic growth, some of these countries do not fit the requirements for attaining the coveted emerging status. The discrepancies between the celebratory attitude towards the emergence and the actual situation are productive of social and political tensions. Growth, concrete, or roads “cannot be eaten” is a frequent motto one can read on social media and hear in many events.

Politically exhausted after 36 years of Paul Biya rule, Cameroon experiences a dramatic economic slowdown, partly explained by the diving oil prices, with an unexceptional growth of 3.4% in 2017 (AfDB). This does not even take into account the high fatality rate (4.63 children per woman in 2016) and the subsequent high economic growth required to sustain it. This strengthened national tensions, notably between the anglophone regions of the country and the central government, sparking the beginning of a civil war that already caused dozens of casualties. In Côte d’Ivoire, the skyrocketing growth and its unequal repartition led to various strikes in the public service over the past years, while a significant part of the army repeatedly blocked the country asking for “due war bonuses”.

More generally, as points the French economist Amaury de Féligonde, “too many States experienced a euphoria of investments too often unproductive” that increased corruption and pushed some of them, like Congo, to dissimulate their official figures to benefit from better investments. This generally weakens the relation of trust that needs to exist between rulers and voters and endangers the process of democratization. Given that a significant part of these programs is enforced in politically unstable or authoritarian regimes and are hence a way to maintain good social order, the inefficiency of their implementation might also threaten their stability.

Last but not least, a neglected aspect of this process is the impact on the environment. The hasty character of these policies tends to make them focus on the productivity aspects at all costs. In Senegal, for instance, the needs of the project “Sénégal Emergent” put the emphasis on building a new, polluting coal powerhouse that threatens the activity of local fishers and their environment. Fortunately, many countries also included an important chapter about renewable energies in their development plans, such as Morocco, Kenya, and South Africa. But the dependence on fossil energies remain crucial and much of the investments put on stadiums-like infrastructures could be redirected on the energy sector given the recurrent penury of power on the continent. Despite various policies to reduce pollution and plastic consumption at national levels, Africa remains threatened by an overwhelming consumption of plastic, with approximately 4.4 million of tons of plastic released every year in the neighboring seas and oceans of the continent.

To wrap it up, there are also political and environmental risks in asserting too hastily a target in terms of being an emerging market, giving the people wrong hopes and encouraging bad governance by going too fast and with a lack of transparency.

This should lead us to question the relevance itself of the notion of emergence, which seems to have been coined from a Western perspective, in which any country with a low level of development has to emerge, to catch up with the most developed markets. Although some of the benefits of emergence – higher education rates, life expectancy figures, lower poverty rates, etc. – can universally be pursued, the alignment on a Western view of development might lead African countries to serious disappointments. Even though foreign investors are not per se having a negative impact, taking more time in the process of their attraction might be helpful to keep a real bargaining power on the long run.

Of course, any abusive generalization at the continental scale, or too pessimistic perspective would be unfair. Some African countries managed better than others to deal with this influx of foreign capital and did tremendous environmental efforts, such as Rwanda. The infrastructures that are built, notably roads, factories, and powerhouses are still useful to dope the economy in the medium term. But more money could have been saved doing more patient and less politically oriented choices.

It took only 11 years to The Economist to change its view about Africa, passing from “the hopeless continent” (2000) to “Africa rising” (2011). Where an unnecessary pessimism could be quickly denounced, it appears that the “emerging euphoria” might also have been deceptive. Instead of going back to pessimism, the careful study of the macroeconomic trends of the African continent should push us to avoid doing what has been done too often with Africa: having a Manichean view of an extremely diverse continent.

The Economist, 08/03/2018 – Increasing debt in many African countries is a cause for worryhttps://www.economist.com/middle-east-and-africa/2018/03/08/increasing-debt-in-many-african-countries-is-a-cause-for-worry