A year of revolution in and around the Middle East has led to a changing political environment that overwhelmingly altered the power structure of the region and presenting consolidated leadership in the gulf area for both Saudi Arabia and Iran. As Saudi Arabia and Iran are the main actors in the gulf area their relation is regarded as an important issue in the sphere of international affairs and the regional politics of the Middle East. Their relation is becoming loathly day by day. So let’s have a look what are the basic factors behind their relationships that have had the most influence on this.

The first one is the ideological differences. Though both countries are the follower of Islamic rules and regulation’s they have their distinct faith in Islam. Saudi Arabia is a conservative “Wahhabi” Sunni Islamic kingdom where 80% are Sunni Muslims and 20% are Shia Muslims. It has also close ties with U.S. and U.K. Saudi Arabia is also followed by the strict “shariah law” and monarchy.
on the other hand, Iran is a Shia Islamic republic founded, where 90% Shia Muslim,8%sunni Muslim, and 2% others. Iran is an anti-western minded country. The Islamic Republic of Iran is based on the principle of “guardianship of Islamic jurists” which holds that a faith (Islamic jurist) should have custodianship overall Muslim followers including their governance and regardless of their nationality. Iran’s supreme leader is Shia faith which name is “Ayatollah Al Khomeini”-(the founder of the Islamic revolution in 1979). Iran ideologically opposes Saudi Arabia’s monarchy and the Islamic Sariah law. It is regarded as UN Islamic by Iran. Recently the ideological war between Saudi Arabia and Iran has become worsen with the death sentence to Sheikh Nimr Al-Nimr by Saudi Arabia on 2 January 2016. So this is the main reason behind the frugality of Saudi Arabia and Iran relations. 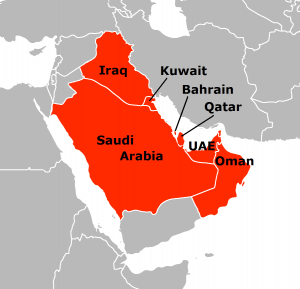 The third one is the energy policy over oil export. Both countries are the major oil and gas exporters and have clashed over energy policy. Saudi Arabia with its large oil reserved and smaller population has a greater interest in taking a long-term view of the global oil market and incentive to moderate prices. In contrast, Iran has an interest in high prices short term due to its low standard of living. Besides, Iran’s other concerning matter is Saudi Arabia is a weighty member of OPEC.

the main objective of it to protect Muslim countries from all terrorist groups and terrorist organizations. The coalition has stated that it will fight terrorists in “Iraq, Syria, Libya, Egypt, and Afghanistan” the founder of it is “Mohammad bin salmon al Saud”-Saudi Arabian minister of defense in December 2016. That’s the important side for Saudi Arabia to build up its leadership in the gulf area.

The fifth one is Iran’s western views. Iran always keeps a negative mentality against western countries particularly the US because of the US’s political and economic interference centered on its nuclear program. it has already mentioned that Saudi Arabia has close ties with the US which helps Saudi Arabia to lead the gulf region and also helps to increase its security. That’s why Iran regarded Saudi Arabia and the US’s amicable relation as a big obstacle to carry on his foreign policy in the gulf region.
But now this triangle political environment is changing. Saudi Arabia and USA relation is becoming sour center with the 9/11 event. The USA alleged that most of the participants during the time of the 9/11 massacre were Saudi Arab’s inhabitants which totally opposed by Saudi Arabia. That’s why; Saudi Arabia is increasing his hand in Africa and Latin American states depressed with the USA for its leadership. On the other hand, the strained relation between Iran and the USA is melting. The USA has taken off its economic interference from Iran and also signed a nuclear treaty which is being a concerning matter for Saudi Arabia.
In 1930, when imperialists discovered hydrocarbon reservations in the Middle East, it became a tramp card in geopolitics. But it’s the fact-finding question that is present are they ready to cope up with the present world crisis? What should be their particular policy to global politics over regional peace? 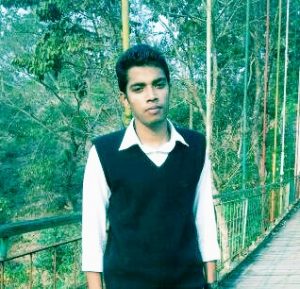