The whole world is counting every bit for “the greatest show of the world”! Everyone’s eye is focusing on Rio de Janeiro, Brazil. After four years, Olympic Games 2016 is going to be launched with amazing celebration in Rio, Brazil in 5th August, 2016. This year 206 countries are participating in 49 different events.  More than 3 Billion people are waiting on Television set to enjoy the inaugural program. 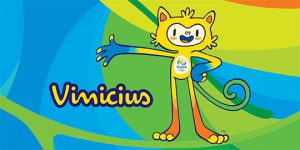