6th August 1945, Boeing B-29 Enola Gay started from Tritian Island of the Pacific Ocean to Hiroshima with “Little Boy”. The targeted cities were Hiroshima, Kyoto, Nagasaki and Kokura. At 7:00 AM Enola Gay turned to Hiroshima, the emergency siren rang, people scared, two weather observer plane flown away. People thought to normal but after few second the day became “Black Day” of history.

Looking back, it was the clash of imperialist state leaders. The whole world was divided into two parts. After devastating First World War vanquished countries were revengeful. Thus, Germany first tried to invent atomic bomb in 1944 but allied power didn’t let them to happen it with military attack. In 1939 Einstein expressed his theory of atomic power. Having inspired by these theory US president Roosevelt decided to authorize atomic project. On 16th July 1945, the first experiment done in New Mexico, USA with extreme secrecy. And the consequence didn’t take any time to happen! The destiny fixed when Japan attacked on Pearl Harbor in 1941.

It’s a burning question that whether atomic attack could be escaped or not. US president Truman claimed that they had not alternative but some other say that then Japan already tend to surrender. 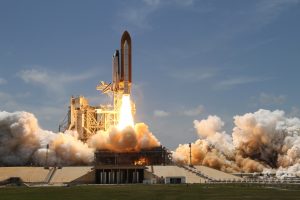 Beyond question the victims were civilians, innocent children. If it’s a matter of war, civilians shouldn’t suffer such. The effect was beyond imagining we have seen. 1 million and 30 thousand people died instant. Even, handicapped children are having birth yet.

After years of 70 what are the lesson we learned? No doubt that the general global citizens don’t want to nuclear profanation. Mr. Hibakusha, one of the victims of Hiroshima tragedy has been campaigning to eliminate nuclear program. Until his death he had spoken tirelessly and courageously about their experience. He warned against inhuman, tragic atomic practice. The president of International Committee of Red Cross called for nuclear disarmament and revision of the nuclear non proliferation treaty (NPT). The president noted “The next year, the Council of Delegates of the Red Cross and Red Crescent issued that highlighted the “destructive power of nuclear weapons [and] the threat they pose to the environment and to future generations.” The resolution appealed all state ensuring not to use nuclear weapon again.

But is it reality?? The presidential candidate of US Donald Trump already argued what is the reason not using nuclear weapon when they have it!!!! North Korean president are in nuclear weapon fever!! When International Atomic Energy Association (IAEA) or Nuclear non Proliferation Treaty (NPT) seem to facilitating nuclear powered country interest!!