Brexit, the withdrawal of United Kingdom (UK) from European Union (UN), has turned into a discussed topic in the entire Europe as well as the world which is going to introduce the world a new economy structure as well as a new vision. For the four decades the economy system which existed in Britain is going to take up a new one system and going to impact on the global economy either positively or negatively as well. Before, we have discussed the reason.

Likewise, every other issue, Brexit also conveys a distinctive history of its own. Etymologically Brexit stands for the acronym of Britain Exit. Basically Itis the termination of Britain from European Economy Council (EEC)which was a controversial term amongst various advocacy groups and political parties since the UK joined in the EEC.Though in 1975, the United Kingdom held a referendum to take decision on whether the UK would remain in the EEC or not and almost all of the political parties supported to continue the membership of the EEC through 2:1 voting in favor of withdrawal at a one-day party conference on 26 April 1975, a debate still continued which split the cabinet into two parts; one was strongly pro-European and the another one was strongly anti-European. 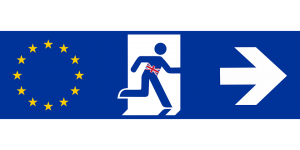 To conclude the long prevailing dispute,in 2012 the then prime minister candidate David Cameron assured the general people with a commitment of referendum to take a decision of the issue between EEC and Brexit within 2017 if the people of Britain cast vote for him and elected him to be prime minister. At last he was elected as a prime minister in Britain in 2015 and through the speech in the house of commons on 22 February 2016, Cameron announced a date ‘23 June 2016’ for referendum that was the first process to leave or remain in EU.

At that referendum there are two groups for campaigning. The official campaign was to stay with the EU chaired by Strut Rose known as Britain stronger in Europe. Even David Cameroon himself suggested all minister and members of parliaments of Conservativebe free to campaign in favor of remaining in the EU. In addition to these, the another campaign group was for leaving EU and calling for Brexit. Evensome Conservative parties including Labor in Britain opposed the suggestion of David Cameroon and carved for Brexit as well.

Finally, the result of the referendum was declared in 24 June, 2016 and 52% people voted for leaving UN and 48% people voted to remain UN. As a result, at the termination of UN the Brexit has been emerged.

A massive political effect as well as a significant change has been noticed aftermath of the result of this referendum. Consequently, despite having a law of article 50 of the EU, a two-year periodical treaty that implements resigning negotiation, David Cameron announced that he would resign by September and in 13 July, 2016 he superseded his prime ministry throne to Teresa May through the qualified majority voting.