At the very moment of election FBI has added new debate on Hillary’s e-mail scandal. Though specialists are arguing that it’s not fact of reducing space of current survey but supporters are being concerned!

Meanwhile, Republican campaigner who were irritated with Trump’s bizarre activities returning home! By the survey of Washington Post and ABC news Hillary is only one point gainer than Trump! The e-mail survey said that Hillary is 46 and Trump is 45 in percentage! It’s obvious that Hillary is more perfect in consideration of experience and personality but the survey reported that both candidates are equal in problem solving. After James Commey’s addition to Hillary’s e-mail scandal 7% democrat supporters changed their decision that they may think again.

There is a proverb that “there is no last statement in politics”. We have found the proof again when publican supporters flicked again! Though Hillary gains most of the media support and Trump also flattered the world with his bizarre speech but it could be another “Politics” in politics to catch attention!

Now let’s try to evaluate will Trump win the Presidency actually? If yes, how can Trump win Presidential election??

Rust Belt Brexit: we are living in the changing trend of global politics. People predicted that Brexit would not be succeeded but finally the rightist wing wined!! Even Frexit are now on air! And very latest example is the referendum in Colombia where voters rejected the peace deal with Farc rebels 50.2% voting against the deal!! And if you are interested in global phenomena we must be know that a righties wind is blowing through East to East, North to South.

Fear of migrants flow: the whole world is facing pathetic migration crisis than ever. Though it’s the result of clash and conflict in Middle East and USA is the big player behind the scene. Europe is routed on the issue and locals are having a fear of security. They have notion that they are endangering their safety and possessing their employment opportunity. Besides, the incident of June 12th posed oil to Trumps slogan “Make America Safe Again”. May be American voters haven’t forgotten 49 Americans death bloody dead body. The villain Omar Mateen is an American whose origin is Afghani. Here Trump may take chance! 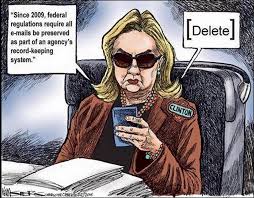 The “October Magic”: there is a game changing name “October Magic”. In US presidential election history “October Magic” is a fact that changes the race dramatically. People were searching for it but what it is? It could be Hillary’s e-mail scandal when the survey space decreased! According to the poll Trump has retaken his earlier lead in several states like Ohio, Arizoana etc. After announcement of Jemes Comey the race in Arizoana went to Trump’s favor, with Clinton winning 38.3% of the polls and Trump won 61.7% It could be the pivot state for Trump.

Depressed Sanders supporters: the veteran Barnie Sander is another headache for Hillary. Barnie lost in primary but he has a great influence in youth. A poll says that half of Sander’s voters are not willing to vote for Hillary. Additionally a poll by CNN said that 57% of voters will come back to Hillary. Hillary could not afford to take Sanders supporters for granted. Huge numbers of voters view her candidacy unfavorable.

The misogynist and “White Man” effect: American 240 year’s history can’t abolish right now. The research by POLITICO also predicted such misogynist factor that taller and male candidate has an advantage. Most of the Americans and “angry white man” are in favor of Trump’s agenda. In a report by Vow News on 25th October said that women are still voting for Trump though he is accusing for sexual abuse. Most of the women are taking the issue as “entertainment”!

The prediction of US presidential election 2016:

Since primary Trump wasn’t favorite in media but he gained the nomination. Now, distinguished experts are also predicting that Trump would be the next president! In the view of experts, we should look at the Electoral College, foreign policy records, and how charming a candidate is!

One of them Professor Allan Litchtman who is popular from 1984 predicting election result he found 13 key factors that could be the determinants that Trump will win the Presidency!

Jonathan Rothwell, senior reporter of Economist wrote in the report that “Race, ethnicity, and religious categories are hugely predictive of one’s view of Trump,”

It is estimated that Iowa, Ohio, Maine, Florida, Nevada and North Carolina is in favorable to Trump. If he maintains leads in those six states, he can reliably claim 266 electoral votes, Hillary can claim 193. And already Trump has made his triumph in Ohio!

The bottom line conclusion: we are just counting down but politics is volatile you know! US presidential election has records of dramatizing survey! The primary drama by Donald trump and peculiar strategy must attract on 8th December 2016! I bet Trump will win the presidency!