It has been more than “three” decades when Bangladeshi discourse management culture included “Gender” as a subject of study. Unlike getting a heavy shock, the reader of that “discourse” (Gender) often stare their eyes with the attachment of such a topic where ever the place of open discussion is in a tea stall or bus stand.

The sub-continent has been familiar with the cultural revolutionary like Begum Rokeya Shakhawat Hossein or Pritilata Waddeddar or Lila Lag. So they have been always referred as the “women” with non-traditional dimensions as they were “out of the box” thinker. “Out of the box” the most familiar phenomena implies sub-consciously the level of box. Every society probably has a ground pro-fence box. 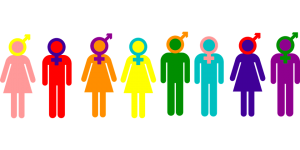 As Marxist concept of societal evolution implies that “women” of the pre-feudal society were liberal and worker as like as man. Later the industrial period blessed the man with much economic power to support their household and the women became “home prisoned” willingly. The discourse concentric dimensions have been permanent phenomena of today’s educational system Often reality shows like “talk show”, “investigation report” always emphasize on gender equality. Today’s women are neither home-prisoned nor uneducated. In 2016, Arroma Dutta and Begum Nurjahan have been awarded “Begum Rokeya Padak” for their successful achievement in empowering women. But the working area of women has confined within the context of their belonging. A professional woman has to maintain her work serving their families as a prime priority. For example, we may find working women in development sectors .Specially Bangladeshi garment industries have owned a bona fide place in world market. In a report of Daily star, October 11,2o16 ,World Bank stated, “Countries such as Bangladesh are encouraging female participation in the workforce. If they [Bangladesh] stay on track, their female work force will grow from 34 to 82 percent over the next decade, adding 1.8 Points to their GDP” According to the Bangladesh labor force survey 2010, labour force Participation for women is 36 percent, compared to 82.5 percent for men. (Daily Star, October, 2015) Bangladesh is ahead both of India and Pakistan for involving women workforce. Not only the industrial sector but also the agriculture sector including animal farming is also developing women as workforce. It is said that women will contribute about 6 percent of total GDP in future decades working in garment sector. Women, they are working.

The often scenario of work place, a female worker goes to work with a team of women. The social restriction prevents them to work with a satisfied heart. A professional lady can manage their office work and serve family. But they have a rare opportunity of having a fresh air under a cloudy sky or moonlighted sky without a personal security provider like brother, father or husband. In Bangladesh from primary school to university level there remains different section for having seat in educational institutions .Unlike, the sector of study working places are also most often divided into section like, “male” “female”. The prototype divide builds a sense of “we” and “they”. The system makes a sense of ‘distrust’ and “insecurity” among feminine psychology and also in case of psychical security..Feminist in today’s world also raises their voice to protect them from the evil. Evil in guise of male, in broader sense a female seeks for protection from a malistic society against a male. In reality the male fights the male at that case of ensuring security. How the developed the society is, there persists a chain of invisible hand and a shadow of mistrust. Recently the Oxford University students proposed to use a new word “Ze” instead of “He” or ‘’ She”.

In western countries a person who is literally liberal uses “he”. It’s creating a gender racist scenario in all cultures. Even most of the word used in daily activities are mixed up with the culture superiority toward males as “Businessman” “salesman” “chairman”. Superiority empowers man but creates a sense of inferiority among women. Despite of being entrepreneur, a lady feels psychological insecurity literally. If cultural background taught us the practice of “Ze” from early childhood, would the female feels the same “insecurity” and “mistrust”? that’s today’s burning question. As a respect of study and knowledge, feminism and women empowerment in Bangladesh, has been witnessed of renaissance movement through non-traditional writers like Mrs. Begum Rokeya Shakhawat hossein, Dr.Humayan azad, Taslima nasreen, Mrs.hossein who always compared women with men choosing men as a “model”. Her motto was to be equal as man. But today’s world view is far much different than she’s. Masculine view of world can be aggressive and warfare focused while the gentle lady promotes peace throughout the world. Dr.Azad wrote “Naari” which is one of the most exclusive creations in Bangladeshi feminist discourse. He criticized their Raskin, Rosseau, Rabindranath and Mrs.hossein also for their limited and consumerist view towards female. Later Mr.Azad in his “special quotes” quoted a line like that “In Bangladesh, if anybody writes a book on a topic, general people think the writer worship the topic, if anyone writes a book on “cow” it seems like he/she worships the cow, I have written a book about “Female Whenever a creator criticizes his writing, it stands for meaningless. Whatever the “consumerist” view always remained silent. The point mistrust remains there. So, there remains a urgency of using “Ze” as a common word instead of using “she” or “he”