Bangladesh, a small south-Asian country, was born having 1, 47,570 square kilometers from Pakistan in 1971. The country is beset with India, Myanmar and Bay of Bengal. Though India is considered as a friendly country by Bangladesh as India assisted Bangladesh a lot to be free from Pakistani tyranny, the ever conflict with several issues between two nations  has kept some question marks as to the concept ‘friendly’. Among these issues, land and maritime boundary demarcation, sharing water, informal trade, transnational crime, and interference over internal affairs are notable which have affected the relationship and created the border security threats. As a result Bangladesh has been carrying out the experience of the border security threats for many years with India.

As to these threats, border killing is a highly discussed topic which takes a number of Bangladeshi lives brutally every year by the border security force (BSF) of India. The people of border area have been living with threats, dread and uncertainty of life. How uncertain life can be! How tragic death can be! But India avers that only due to self –defense the people are killed. In addition, India argues that to protect smuggling, illegal trade and Islamic terrorist infiltration to India the killing is executed.

Even not only Border security Force (BSF) of India but also sometimes Indian people (khasia) are also involved in taking lives of innocent Bangladeshi people who live beside border area in various ways that are threats to peace and security. Besides killing, harassment, arbitrary arrest, illegal torture, obstacle of movement and abrupt firing by BSF are also responsible to create border security threats in Bangladesh.

To exemplify these, the record of several studies and organizations can be cited. Among those   The Bangladesh Institute of Peace and Security Studies (BIPSS) study, 2010, can be remarkably mentioned. It has recorded that the Bangladesh-India border is in verge of security threats and border Security Force (BSF) are culprits to serious national and human security threats to Bangladesh.

Furthermore, according to statistics projected by” Odhiker” a non-governmental organization, it has been known that a number of 62 Bangladeshi civilians were killed by the BSF from January to July 2009.

Additionally, Odhikar report, 2015, has also revealed that over more than 15 years between January 2000 to April 2015 a total of 1052 people were killed, 946 people were injured and 1290 were abducted by the BSF which is very important issue in the sense of creating insecurities amongst the general people of Bangladesh and thus it generates feeling of mistrust, suspicion, discord and so on.

Moreover, it is a matter of great regret that how many families have lost their sole wage earner, how many children have been turned into orphan, how many parents have been shocked carrying their sons’ dead body, how many wives have become isolated losing husband and how many brothers have been desolated losing sisters are uncountable as neither Bangladesh nor India keeps any official records of the number of people killed in border. Consequently, there are no ways of revealing how many people are exactly killed and how many are actually smugglers or attackers.

Except these, many analysts have argued that the citizens of Bangladesh are under threats and panic because of the recklessness of BSF. As regards so, The Daily Star, 2015, a renowned newspaper in Bangladesh, reported news through the headline “India border already remarked as ‘the wall of death”

On the other side, Bangladesh border officials have also repented with great sorrows to express that killing can be accepted if the victims are truly engaged in smuggling or illegal activities. As no evidence is found regarding the people’s crimes and illegality, their brutal killing violates human rights.

To detect the reasons of ‘The Wall of Death’ and indiscriminate killing what has been found and known are the accusation of cattle trade, illegal border crossing, smuggling, trafficking and suspicion. Amongst those, the most common accusation to kill the ordinary people is suspicion. As only depending on suspicion many people have been brutally killed, the killed people are considered as innocent.

But the most grief-stricken chapter of the border area residing people is, it is Bangladesh governments that do not take any crucial decision to stop border killing, torture, and abduction and so on. Though India is surrounded with Pakistan, China, and Nepal as well, border forces there do dot not kill people like the killing in Bangladesh border. So in general view, it can be realized that the main reason for border killing and border security threats is the negligence of Bangladeshi government.

Despite different NGO and civil societies’ voice rising over border security threat basically border killing in Bangladesh. (Bari MH (2014), Dhaka Tribune) no permanent solution is seen to ensure the security of lives of the innocent people. Consequently, the border area is not secured and the victim family faces negative impact and their human right is violated in different ways.

Though Bangladesh and the international human rights groups are frequently raising voice against such human right violation, Indian government has paid a little heed to solve the problem. Even the Indian media is also indifferent to the issue. Accordingly public support is devoid of stopping such a heinous problem.  On the contrary, Bangladeshi media is very serious as to the problem and has created public awareness amongst Bangladeshi people massively. Moreover, the awareness has created a sense of hatred amongst general people against India. Though mere hatred cannot bring solution of the problem, consistent protest is crucial to save the people from the brutality of BSF illegal activities.

Geopolitically Bangladesh is very important for India to secure their control over seven sisters. As well India is also important for Bangladesh. It’s a great sign resolving land boundary issue what have done in 2015.

Cooperation in the constructive manner always leaves a positive effect on the bilateral relation between Bangladesh and India. Bangladesh should come forward with a friendly approach whereas India should adopt a much liberal approach towards border management leaving its aggressive approach. A joint border management committee may be formed for abolishing border security threats and protecting human rights to ensure development all over Bangladesh and India. 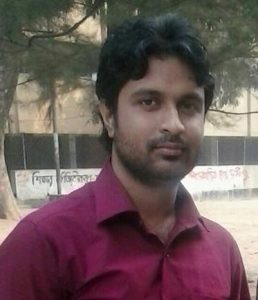