If we consider present UN system as “Global Parliament” we have to admire UN Secretary General as a Global Leader. Thus, s/he will be regarded “1 for 7 billion”.

After a long way to centralize global advocacy, UN has passed ups and down through global community. One of these controversies is appointing UN Secretary General.  The article 97 of the United Nations Charter states that “The Secretary-General shall be appointed by the General Assembly upon the recommendation of the Security Council.” And it had been happening in quite secretly which raised question to global community. There were critics that it hadn’t enough campaign to select efficient candidate.  In 2016, when UN is 70 years old, 8 persons have already worked as Secretary General; we are having a new idea which has turned to change this in positive way, more transparently. [Resolution 69/321]

Of course, the position of Secretary General requires highest standers of efficiency, competency and integrity. He/she must have proven leadership, strong diplomatic idea, multilingual skills, managerial abilities and history of commitment in international relations. Besides, he/she has to be globally acceptable personality.

Present UN secretary general will resign this year, already we have seen about 9 candidates are on the race. They have already faced a public interview, answered a number of question sent from all over the world. Nonetheless, everyone is charismatic on their own way. Let’s see their highlighting profiles again!

Irina Bokova, former acting minister in foreign affairs, Bulgaria and Director General of UNESCO. She also served as Bulgaria’s ambassador to France and to Monaco.

She gained M.S. in International Relations from Moscow state institute of International relations. She has a plenty of experience in international arena such as to advocate for gender equality, to improve education and to prevent funding for terrorism, especially by enforcing the protection of intellectual goods, pioneer to oppose racism and anti-Semitism.

Halen clark, former prime minister of New Zealand and administrator of United Nations Development Program (UNDP). She is the first woman to lead this organization. She is wisely engaged in policy development, economic, social and cultural sphere. Under her dynamic leadership of nine years, New Zealand enables to achieve potential economic growth, decrease unemployment, quality rate in education and health.

She has a good reputation in spoke in various universities like International Peace Institute, London School of Economics, and King’s College etc.

António Manuel de Oliveira Guterres, former Portuguese prime minister, worked as high commissioner in UNHCR. The veteran politician has very deep experience in migrant, refugees and displaced people. His educational background is B.Sc. in physics and electrical engineering. He was a teacher also.

Vuk Jeremić is former Serbian foreign minister and a professional diplomat. He has experience in presidency of General Assembly of UN. He is also a member of SDG leadership council. He is co-founder of Organization of Serbian Students Abroad. His educational background is bachelor in theoretical physics. 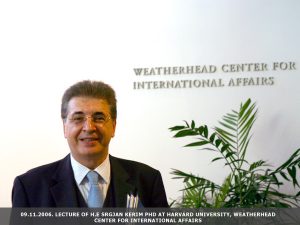 Srgjan Kerim, former Macedonian president and foreign minister worked as president at United Nations General Assembly 62th session. Mr. Srgjan Kerim is Ph.D. in Economics. He is a faculty of Economis at the University of Belgrad and visiting professor of University of Humburg and New York University. He is pioneer in voicing for climate change, global economic stability, emerging market, globalization etc.

Miroslav Lajčák is present minister of foreign affairs of Slovakia and a renowned diplomat. He holds Ph.D. in International Relations from Institute of International Relations, Moskow.  Lajčák was Slovakia’s ambassador to Yugoslavia, Albania and Mecedonia.  He was EU’s supervisor of 2006 Montegrin Indepnedence Referendum. 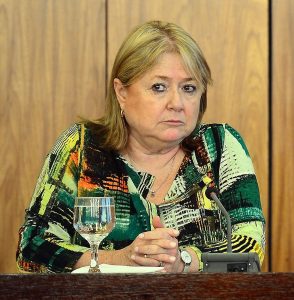 Susana Mabel Malcorra is current foreign minister of Argentina, deputy Secretery General and Deputy Executive Director of World Food Program, was chief de Cabinet to the Executive office at the United Nations. She led the first phase of the operational response and mustered human resources, budget, finance, information, technology, telecommunications, administration and security to deal with the disaster during Tsunami Emergency. 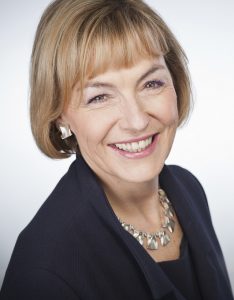 Vesna Pusić is Craosian deputy speaker of parliament, deputy foreign minister. She is a member of International Research Group and a researcher of Industrial Diplomacy. Professionally she was university teacher of sociology and philosophy.

Danilo Türk is professor of International Law, human rights expert and Slovanian diplomat. He worked as Slovanian ambassador to UN and was the UN Assistant Secretary General for Political Affairs from 2000 to 2005.  he obtained his PhD with a dissertation on the principle of non-intervention in international law at the University Ljubljana.

Dear! All of the candidates are very resourceful in their professional life. but the question is in today’s changing and challenging era who can cop us properly and became perfect on as “1 for 7 billion”!

One Reply to “UN Secretary General selection: Who will be the leader of “Global Parliament”?”