If you ask any specialist of International Affairs to describe you what the main topic should global leaders to focus, he/ must suggest you about extremism, religious fundamentalism and terrorism. These terms are closed but different perspective to describe. Today we will try to discuss about the history and emergence of Islamic Extremism. There is other extremism like Christian Extremism, Buddhist Extremism, and Jews Extremism also. We will discuss it gradually.

Islamic extremism began to influx in Muslim world during the reign of Hazrat Ali (R) in 656 CE. The extremist believers of that time are labeled by Kharijis, who continues their atrocities from 656 to 661 CE. In June 656 Uthman bin Affan assassinated by a group of discontented Muslim Egyptian soldiers. Muawiya, governor of Syria, cousin of Uthman was ready to pledge alliance to the new Caliph so long as Ali punished the rebellious Egyptian soldiers, who killed Uthman. But Ali rejected Muawiya ‘s pledge that it would raise the rebels. Muwayia became Ali’s opponent. With a view to upholding Muslim Caliphat, Ali and Muawiya came into a deal through negotiation. At that time some soldiers of Ali’s group opposed the deal between Ali and Muawiya. Agreeing a deal with Muwaiya was a major sin to them. Both Ali and Muwaiya labeled as sinner. This group left Ali’s camp and became Khauraj or Khaurajis. Initially they labeled Ali and his followers as sinners and unfit to rule. Finally they marked Ali, Muwaiya and those who opposed or disbelieved Kharijis faith as Kafir. This orthodox group attempt to kill Ali, Muwaiya and Amr Ibn Aas. By this, Ali was died but other two were escaped but injured. They declared Aqida of Imam as Tahawi at this. The invalidation of Muslim as Muslim is openly declared by them. However Kharijis continued their atrocities. They did able to control any big city and made massive supporters by their extremist ideology. They just added to creat some supporters in North Africa. Kharijis atrocities continued during Umayyah and Abbasid Caliphats for centuries.

In 18th century Hanafi Scholar Ibn Abidib declared the Wahhabi movement of Mohammad Ibn Abd al Wahhab as Khawraji of the modern time. According to some Muslim scholars said that strives of Kharijis will be continued among Muslim community until the end time.

The present Islamic extremism all around the world were inherited from Wahabism and Salafism movement.  In 18th century Muhammad Ibn Abd al Wahhab initialized and preached revivalist of Islamic faith among the Beduins of NAjd, Iraq. He gave emphasis on the cause of the decline of Muslim world and it was the pernicious foreign innovations (bidah) as well as European modernization. Wahabism gave over riding emphasis on Tawhid (monotheism) and condemned many historical Muslim practices Shirk (polytheism). The kingdom of Saudi Arabia was formed with the ideology of Wahabism. Wahabists played a crucial role in vandalizing Ottoman Empire.

Three Muslim scholars of Kairo Al Azhar University named Muhammad Abduh (1849-1905), Jamal al Afgani (1839-1897) and Rashid Rida (1865-1935) initiated an intellectual movement called Salafism in 19th century. Salafi comes from “Salaf” as Saliheen- the pious predecessors. They believe only the Muslims at the time of prophet (PBUH) practiced but today they are massively derailed from the early teachings.  Dissimilarity between Wahhabism and Slalafism that, Wahhabism  rejects modern influence but Salafists reconcile it. To them, early Muslims were advanced in technology. The similarity of them is that both of them rejects traditional teaching of Islam and practice the orthodox customs in their way of life. The state Saudi Arabia formed and enhance its territory with the influence of Wahhabism but later they import Salafism. They are liable to spead Wahhabi and Salafism ideology all over the world. After 1974, following the Jom Kipper war between Israel and Arab in 1973, western supports towards Israel and oil embargo, they initiated aggressively spending petrodollars to augment Wahhabi and ideology all around the world.

Following Wahhabi and Salafi movements, a newer form of Islamic extremism was created in Egypt. In 1928 Hassan Al Banna founded Muslim Brotherhood in the city of Islamia. This organization opposed British rule in 1936. It was banned and accused of killing prime minister of that time. In 1948, 32 brotherhood leaders were arrested accused of several bombing and assassination attempts. In 1952, this organization again accused of “Cairo fire” which destroyed 750 building including night club, hotel and theatre. The ideology of Muslim Brotherhood began to spread all over the world. A political wing of Muslim Brotherhood “Hamas” was founded in Palestime in 1987 by Sheikh Ahmed Yasin, Abdel Aziz Rantissi and Muhammad Zaher. It’s military wing Izz ad Din al Quassam Brigrade, commanded by Mohammed Deif and Marwan Issa, its strength between 40000-50000 personnel are resemble for killing nearby 400 Israelis and wonding more than 2000 in 425 attacks between 2000 and 2004, according to Israeli foreign ministry of Foreign Affairs. On 27 March, 2002 Hamas conducted a suicide bombing attack on Netana hotel, Israel. It took place on the first night of a Jewish festival.

The cold war circumstance and the Soviet invasion in Afganistan in 1979 influenced the USA to create Mejahideen groups for fighting against USSR in afghan soil. Thus, with the intellectual opponent of CIA and ISI and the funding of gulf monarchies, who took aggressive steps to spread Wahhabism after 1974. There were created numbers of extremist organization all over the world. Al Quaeda and Taliban is most notorious of them. Al Quaeda wa founded in 1990. They continued attacks against the USA both in US’s soil and abroad throughout 1990. Its founder Osama bin Laden said in February, 1998 in a speech to attack on the US and its allies all over the world as a part of “Jihad” against Jews crusaders.

The latest version of Islamic Extremism is Islamic State, the most talked and brutal extremist organization was formed in 1999 under the name of Jamat al Tawhid wal Jihad. In 2014 it pledged alliance to Al Quaeda and jointly consisted in the Iraqui Insurgency following March 2003 Iraq invasion. in October 2016 combining with other Sunni insurgency groups it formed Mujahedeen Shura council and then proclaimed the formation of Islamic State of Iraq, after out breaking civil war in Aug 2011 in Syria. ISIS under the leadership of al Baghdad delegated a mission to Syria under the name of Jabhat an Nusrah li Ahli ash Sham or Nusra Front. In February 2014, Al Queda cut all relation with ISIS. On 29 june 2014, Bghdadi declared Caliphate and introduced himself as new Caliph of Muslim world.  ISIS collects fighters from all over the world.  There is cose relation between the former Baath Party members and ISIS. Many recruits were collected from them. According to senior Iraqi officer on the frontline against ISIS, Saddam’s military and intelligence agencies now dominate the top commands of this organization. Dan Gabrial, a former CIA covert action officer told Al Arabi News that, Baghdadi ha=d been successful to recruit two top leaders into his movement, former lieutenant colonel of Saddam, Fadel al Hayali, his to deputy and Adnan al Swedawi who headed  ISIS’s military council until his demise in late 2014. 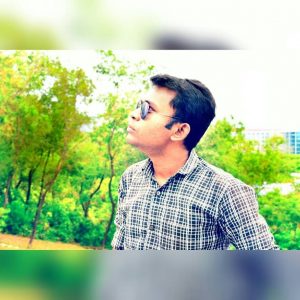