Today’s, thousands of events are brought to book by media to general public focusing on consciousness and connecting to them. Media, as a means of public consciousness does not have a little value, by value we can understand the deep impacts with some targeted messages. When media turns to focus something new it considers its markets value. In this perspective, it has been elucidated that media’s coverage focusing on various events, a root target, in more specific way ‘ideology’ is the director of broadcasting the values. However, by the evaluation of root causes, we found each of world’s leading ‘media’ is the exposure of any one of political ideologies. Neutrality which is the chief slogan of world’s media, in real scenario neutral sense is scanty in media’s view, as many examples are present in worldwide it’s needless to mention here.
The trend of globalization discloses the doors of invention and mixing world’s nations together. We claim our world is the most modern and we enjoy maximum of freedom with it. A boundary less world which is virtually connected to its organs (state to state) makes a single identity rather than independency of single state. Sovereignty of any state is much more in danger because of globalization as means of easier flow of information related to state’s security by media. A media can change the external image of any state from stable to instable. In other words, media can be called a secret king by which hegemonic states control the internal and external functions of other states. What we have seen in Turkey recently and so on. Not only formal media but also Social media like Facebook, Twitter should be considered as we saw the overwhelming power of it in Egypt.

In this article, on second phrase, I gave a message ‘consciousness’. Consciousness is a tool by which media can change one’s feeling or thought when it reports. Each report belongs to separate thought which considered by its motives like ideology, political propaganda, national interests and so more. Moreover, media’s conspiracy in recent times, has turns us in a great confusion, especially when we see the human rights violation in different parts of world, media does not recognize same values.
Media is the great and most effective weapon rather than atomic bomb. As members of Third World Countries we never want falsehood and false consciousness by media. We wish media’s freedom does not makes us in danger by acting a judge report, but our tendency is that media can explain the real scenario with specific information as well as providing suggestion, not any judgment. It should be remember, when a judgment is declared either intentionally or unintentionally, the other routes of justifying solution become stopped. 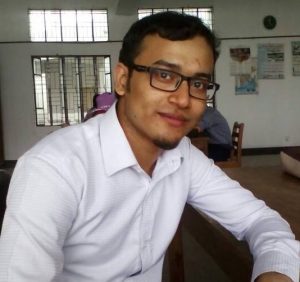 2 Replies to “Media : a Critical Analysis”