Donald Trump is now the President of United States

Even after almost three months after the election, many cannot yet fathom the fact that Hillary Clinton has lost to Trump. The reason of her loss however, is very simple. Hillary Clinton and her President Obama lead an administration that was not very liberal considering it’s party affiliation. Obama said in an interview himself, that many of his policies would have been seen as Republican in the early eighties. The way that Obama bailed out large corporations does not follow the political philosophy of popular liberalism, but closely follows the pro-business Republican sentiment of the eighties. But Obama was not a straight out conservative either since he established Obamacare, which comes from an urban liberal idea of government backed health care that they borrowed from Canada and Europe.

Obama brought his administration and his party at a tough spot. TARP angered the liberal working class for bailing out the millionaires with their money and Obamacare angered the conservative millionairs for paying for the poor people’s health care with their money. Now, Obama and his party only had one voter base left: the urban liberals. And as Obama moved more and more to urban liberalism, the Republicans moved to rural populist conservatism. They started referencing bible at every speech, attacking minorities and muslims, and even sneaking a racist statement here or there. Due to this, the Democrats lost more than 900 seats in state legislatures, 12 governors, 69 house seats and 13 senate seats

But the American public soon realized that both political parties were bought out by special interests. A public resentment grew in the working class. The right burst out with this resentment through the tea party movement, and the left acted out through occupy wall street. This election after eight Obama years held together by Obama’s minority coalition and urban liberal voter base, was an election of working class resentment. To cater to this resentment, two populists emerged from two ends of the political spectrum. One was a democratic socialist, Bernie Sanders. Another was a reactionary radical, Donald Trump. Between these two, Hillary was simply a misfit insider. People saw her as a continuation of Obama. Hillary herself tried to borrow Obama’s minority coalition to somehow win this election.

But Sanders demolished this coalition by showing Clinton’s ties with special interests and exposing her as a corrupt establishment candidate. The Obama coalition was split. The working class went with Sanders and the urban liberals went with Clinton. The Democratic insiders did not want Sanders, so Clinton won the nomination. But she could never win the voters back. On the other hand, Trump easily defeated the Republican establishment and worked his way to the nomination as a hardcore populist. In this light, the outcome of the election is very predictable. Even the electoral map tells the same story. In educated and wealthy urban areas, Hillary got more votes while Trump defeated Hillary in rural and working class areas. Hillary was a center right candidate and Trump was alt-right. Therefore, there was not much diversity in their policies or ideology. Therefore, the campaign boiled down to a ad hominem battle. The election came down to the level of the third world. From fraud, vote rigging to violence agter election-everything seemed just like an election at a feeble democracy.

Trump winning the election may actually revitalize this feeble democracy. The Democratic Party would now have to move to the left just to form a resistance against Trump. This has already started by bringing Sanders to the Democratic leadership. And when the Democrats move to the left, it will leave space for the Republicans to move away from the alt-right and come back to the center right. Even outside of the political ideology, the non ideological division in the American public and media may heal centering Trump. A few days ago, Fox News defended CNN when Trump attacked the channel. People all over the ideological spectrum are joining in the Women’s March. 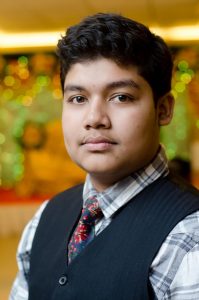