Since the end of the World War II the cornerstone of United State’s foreign policy has always been the desire to construct and safeguard a liberal world order that every country is required to agglutinate to widespread U.S interventions into global issues have strengthened the foundation for such a rule-based political order.  And the presence of the U.S has put down the rise of new non-western countries that seek to upset international standards and norms. The entire process is lead by the U.S president the ideology he/she belongs, the system he/she would creates.

Asia is the key continent of the world and had played as a key driver in global arena before 18th century. The ongoing enhancement of Asian hegemonic powers and their fair acceptance in global politics has increased the global intention towards Asia and its countries.

So, this is Donald J.Trump, the 45th president of USA, who will sketch a new policy for Asian countries. Let’s have a look how it is going to be.

Donald J.Trump has made up his foreign policy on three basic components. These are:

(2) He wants to withdraw U.S. commitment to America’s East Asian allies, at the potential cost of Japan and South Korea acquiring their own nuclear weapons

(3) He wants to conduct foreign policy as a form of doing business, which means America must get benefits from any relationship with other countries.

China takes the first position to discuss about it as Trump is going to cut off ties with China (an emerging hegemonic and powerful country in Asia). China is at the first position in world economy (according to PPP).  China trades with all nations. But America is one. If she cut off trade tie with China, those American companies there will still be there and still be selling their goods, if not in the U.S. then Canada, Mexico and South America. If Trump tries to block any trade with China, it would just carry on its business as usual and Canada will export to the U.S. what they imported from China. So, it will not be going to hamper China’s trade.

Trump would like to withdraw the U.S. military from Asia and instead beef up a garrison force on U.S. territory, which would have enormous strategic consequences. At the same time he wants to neuclearize U.S. allies in South Asia like Japan and South Korea he would withdraw U.S. troops from these countries if the two countries don’t contribute more to the alliance by paying a fair fee. If he does that, the ongoing conflict between South Korea and North Korea will surely disperse and the temperature of South Asian sparks regarding South China Sea would blow up by the decision of nuclearizing the two nations.

#India is always at the advantageous side regarding U.S. relation, the way they control it and the way they keep it up. Donald J.Trump announced to maintain a warm relation with India as it is Hindu country and he loves the Hindu community most. So the allies would remain as allies and conflict with China would keep up.

He said, he may create safe zone in Syria, to prevent refugees from heading west. But he opposes supplying more arms to Syrian’s Sunni rebels or enforcing a no-fly zone to protect them. But he doesn’t deny the tie with Syria.

Besides, Mr. Trump promised Egypt’s president, the strongman Abdel-Fattah al-Sisi, a “loyal friendship” whereas he considered Iraq a disaster not to send force over there. And Mr. Sisi was one of the fastest world leaders to congratulate Mr. Trump.

Furthermore, Mr. Trump refers to the Gulf’s oil rich Sunni princes with disdain. He fueled the anger demanding for half of Kuwait’s oil as the price for the American-led liberation in 1991, a bar on Muslim entry to America and a possible closure of the country’s mosques. And he said about Saudi Arabia that they don’t need so much oil now so that they can maintain a distance with Saudi Arabia which affect badly in relation between the countries in further decision making.  But he is maintain personally a good relation with his fellow linguistics billionaires of Gulf States.

It is necessary to discuss about Israel being an analytical writer of Gulf countries toward Donald J.Trump. Israil is a country where a significant portion of the political structure will welcome Mr. Trump’s election. An ongoing warm relation between Israel and USA can be aggravated as Israel continued a healthy and close tie with Democratic Party. That is one of the reasons why Mr. Netanyahu decided to sign a new $38 billion 10-year military aid agreement in September, rather than wait for the new administration.

Finally, it is Iran which demands to talk about. America’s relationship with Iran seems likely to shift in ways that, paradoxically, may please the hardliners there. As Mr. Trump denied his relation with Saudi Arabia and welcomed Putin’s friendly hand,  president Hassan Rouhani pleased on Trump in his campaign, though the ‘nuclear deal’ reached on uncertainty.

# The other countries in Asia will remain on their own policies, I think, as Trump didn’t disclose his policies towards developing and developed countries.’  Many people can deserve that, as republican party was elected he could be soft hearted towards republican countries in Asia,  it is necessary to them to know that he is going to take his own decision rather than prioritizing his party’s ideology. China, India, East Timor, India, Indonesia, Iraq, Israel, Laos, Nepal, Pakistan, Republic of Korea, Singapore, Taiwan and Turkey are the republican countries in Asia. Donald J.Trump has already disclosed his intention about the countries regardless their republican identities.

A quote can be said about him that “He scorns intervention for ideological causes, such as regime-change,    democracy, foreign-nation building, proffering to concentrate on America’s national self interest instead.”

But another issue you I would like to add that as new anti-Trump movement have already started, Trump may take ‘check and Balance” policy to regain a good image but it’s sure that he couldn’t escape from his own political intention towards Asia. see the video 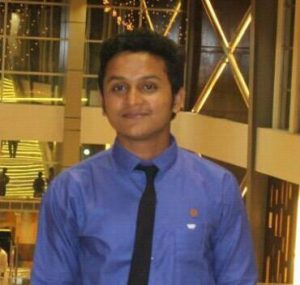