Having a look to the history, we see the interpretation of politics directly or indirectly in international play. When Israeli players assassinated in Palestine in 1971, racial or communal violence geared up. South Africa was forbidden by racial cowards from international play for long time. In 1980 U.S. and its allies refused to join in Olympic in Russia… In contrast, Russia (then USSR) also gave the Olympic 1984 in US up. It was cold war tension. The US- Russia political rivalry became the war field in the Chess board of Boby Fissar and Boris Spaskey. Ireland banned cricket and some other game which were originated in England. English seemed them inferior to them. If you see the “Lagan”, the Indian movie you find the struggle in colonial period and historical evaluation in cricket!

In cricket, there are some heinous examples which demised the tightened excitement importing narrow cowardly intention and sometimes media mixed cricket with national prestige. Ashes series of Australia vs. England is an example of misconception of national prestige. Australia and England match was the showdown of national prestige for long. India vs. Pakistan is another issue in cricket which takes match like “war” rather than play. You may know that states of India hesitate to take responsibility of the security of cricketers! In 2015 Himachala governor didn’t want to do so for Pakistani cricketers. Some politician takes privileges in domestic politics if their team wins. Inter-state politics also not out of them. Cricket has been mixed with state politics like India-Pakistan relation. Is it politics of cricket?? 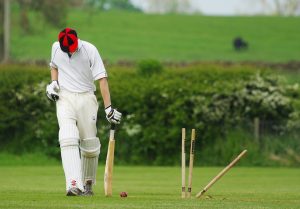 In present time, international cricket no more game rather a part of massive business also. Lots of business giant manufacture their product and advertise behind the show. Sports Channels earn high revenues. The T20 form has made the process more intensified. But every business should behind cricket, cricket is not business!

In international cricket, there are particular rules and regulations. It became easier as technology developed. In today’s cricket it’s very easy to take perfect decision by ampere. ICC (international Cricket Council) is the chair organization of it. But what will be the remedy when decision takes on partiality?? ICC is an institution of UN. We know that US is the core regulator of peace and justice. UN convention is the global mechanism of universal equity. But, isn’t ICC destroying the name??

If you want to challenge the statement I want to remind you the incident the reassignment of A H M Mostofa Kamal from the presidency of ICC. He said before journalist “I don’t want to stay on the post insulting 16 million people”. By the code 3.3 ICC covenant the awarding trophy should be given by President in the final match but it was scheduled for Chairman. If you want to understand his quote you have to see the India-Bangladesh quarter final match of T20 world cup. It was a notorious example of contaminating international cricket.

Another example of cricket politics by ICC is checking balling action of Taskin Ahmed and Arafat Sani, the prominent baller of Bangladesh Cricket team. The world cup cricket, Taskin had an excellent performance in Bangladesh vs. Holland match. That day Indian referee Sundiram Robi and Australian referee Rod Toker challenged their balling action claiming that they cross 15 degree of permitted level. But it was easy to say even by a general visitor that their action were apparent. The famous Indian actor Amitav Bacchan criticized the issue that what ICC did before world cup.  Both Taskin and Sani passed the test and came to the international cricket. Now, the question rose to the cricket fan that “is it happened to weaken Bangladesh cricket team emotionally???”

In colonial period English imported Cricket in their colony. They seemed themselves more “generous” then the local people. You can see the movie “Lagan” to realize real scene. It is high time colonial period ruined but relish is appearing in cricket!! The international match between Bangladesh and Australia could be another mad practice of the relish. What happened in 2016 Dhaka is Bangladeshi cricketers were celebrating the wicket of Australian batsman Batlar. It was just celebration as usual. Batlar rushed with anger. It could be violation of both sides. But ICC fined Bangladeshi cricketers only!

There is another bad practice appearing in cricket politics that media coverage and propaganda in contamination making conscious cricket-fans irritated. In Asia cup 2015 when Pakistan was defeated by Bangladesh ESPN coverage become busy of blessing Pakistani Cricketer Amir overlooking Bangladesh’s win. There were several interviews which discussed the cause of Pakistan’s defeat rather than Bangladesh’s win!!

The silly cricket politics happens in commentary box! We, the cricket fans want to hear commentary for excitement and neutral assessment by experienced analysts. But like Ramiz Raza when delivers his partial comments we don’t have any way to laugh or person tempered may mute the television set! It’s claimed that Indian Commentator Horsh Vogole was locked out for neutral commentary in Bngladesh-India match in T20 world cup. ICC should have particular code to remove such bad practice.

We arrange international events with a view to assimilating or enhancing brotherhood. In today’s world, cricket is a powerful source of entertainment which is gaining its fame very quickly. So it could be best way to do this. Cricket is not politics! It’s a way for entertainment. Rather it’s not a way to show national prestige. It’s not a way to revenge. Not a personal politics at all! Any player from any team is should be honored. They should be the model of peace and brotherhood.

On the other hand, trade and commerce is relating with it. Massive advertising and expense are related to the event. So, keeping an eye to business interest organizers should keep an eye not to harm the positive image of cricket. Cricket is normal but then abnormal when it ruins clean image. We don’t want to see another version of politics named “Cricket Politics”!!