We make war that we may live in peace, but war does not create peace it only decides who remain. War is not a solution to peace as it has galvanized the emotions of retaliation and reprisal which may cause further war and creates horrible impacts on people, takes millions of lives makes thousands of women and children widows and orphan and brought economic miseries and political frustration for entire nation and therefore the only way to achieve peace is through dialogue. Let us look our world and observe what is going on, is our world moving towards peace or about to shattered? Afghanistan, Syria, Yemen and including Pakistan as it is also confronting the menace of terrorism and extremes including these states. What results have been achieved in Pakistan and Afghanistan since 9/11? World’s strongest state military US and the collective security force NATO failed to create peace in Afghanistan why?? Because war resulted in hatred and feeling of vengeance in Afghan people especially those who lost their family members in the war on terror and emotions of retaliation makes them lift their arms to take vengeance of their loved ones and it is all due to the use of force.Killing one terrorist with ten innocent will not bring peace it will only bring the catastrophic consequences.

War is a source of wounds and these wounds are not limited, it not only disturbed the peace and creates devastating impacts on the economy and social structure of society, whereas Dialogue is a source of healing bruises, which create love, peace, harmony, and source of development and prosperity of a nation.

We have not learned the lesson from history; in first and Second World War we lost approximately sixty-five million lives and affected the peace of entire planet and after these bloody war, peace was made by dialogue. Similarly, in 1979, USSR invaded Afghanistan and this invasion was a failure, costing thousands of lives and having serious economic consequences for Afghan and USSR. It resulted in destabilization of Afghanistan, 1 million Afghans death and 14,000 Soviet soldiers were killed in this invasion. Moreover, five million Afghans fled to Pakistan for shelter and this war cost Soviet Union billions of dollars of debt which severely weakened the Soviet Union and afterward the Geneva Accord, signed on 14 April 1988, put an end to war and finally a Pacific means to settle the conflict was adopted

Similarly, after 9/11 almost sixteen years has been passed what we have achieved in this duration? Nothing, Pakistan lost more than 60,000 innocent live in drones and terrorist attacks and according to Pakistan economic survey of 2015/2016, loss to Pakistan’s economy has been estimated at $118.32 billion. 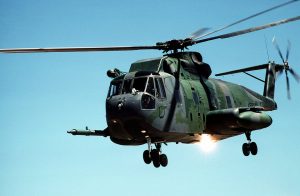 Whereas dialogue is a positive notion to resolve disputes and it is a need of an hour to make peace, prosperity, and development of the nation. Moreover, it is almost like a Ping-Pong game; to achieve and Concord peace, there is nothing better than communication and it is the victory of all parties. Most importantly, peace cannot be kept by force; it can only be achieved by understanding. Dialogue is a way of peace, quite suitable for solving national and international conflicts or tensions. Peace and prosperity depend on increasing interaction with others, building bridges with other civilizations.

Once Winston Churchill said, “To jaw-jaw [talk-talk] always is better than to war-war.” Similarly John F. Kennedy said,” Mankind must put an end to war before war puts an end to mankind.” But the war policies of military engagement arebeing diversified and these policies have swallowed the peace of world.  Military engagements cannot bring peace and prosperity in region but only the cataclysmic impacts on the society

Here what we need is to formulate a political and military strategy based on diplomacy, dialogue and use of force. Moreover, the force must be used against those hardcore elements which are which are reluctant to make peace and use all possible means to bring them on table, but those who are ready to make peace we should adopt the policy of reconciliation.

The strategy must be executed in a way that it strikes terror into the hearts of the terrorists and the ultimate objective should be to force the terrorist to lay down their arms at the negotiating table. Moreover, diplomacy and dialogue must be based on looking after vital national interestsand to deescalate the terror activities

If we do not end the war, war will end us.