The subject of abortion is perhaps one of the most highly charged issues of our day. Answering the question ‘Should It Be Legal or Illegal?’ honestly takes a pretty much courage, patience and core knowledge. So consequently, there arise a lot of questions regarding this argument. Many of these arguments are fueled with myths, many of these have basic grounds.

There’s no need for any argument revolving around whether or not abortion should be a legal option for terminating pregnancies that do involve rape, incest, or when a mother’s life is in danger. Because if a child is conceived from rape or incest (in case of being the mother’s life out of danger), it is not fair to subject her to nine months of pregnancy that involves a reminder every day of what she went through. The woman who is the victim of rape, abortion is her only option to get rid of the unbearable pain of that constant reminder of the rapist which inflicts more damage on the woman.

So here comes the more logical question: ‘Should child abortion be legal or illegal?’
In Bangladesh, according to Bangladesh Penal Code (Act XLV, 1860), 6 October 1860, child abortion is only permitted to save the life of the mother. Otherwise, it is illegal for a person who performs an abortion under any circumstances, including a woman who self-aborts and can be punished by a fine and imprisonment. It considers abortion as a MURDER. 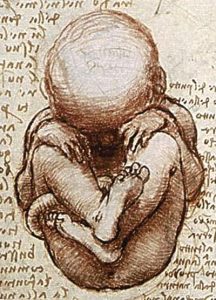 If we take a look at the other parts of the world, we can see some interesting scenario. It is easier for a woman to get an abortion in conservative US states like Texas, Catholic European countries like Poland and Portugal and even in parts of Latin America. The US Supreme Court has declared abortion to be a “fundamental right” guaranteed by the US Constitution. The landmark abortion case Roe v. Wade decided on Jan. 22, 1973 in favor of abortion rights, remains the law of the land. But abortion laws in Northern Ireland and the Irish Republic are the most restrictive in Europe. Terminations in both jurisdictions are only permissible on the grounds of a threat to the life of the mother.

By far the most common argument which is received that abortion is murder. The killing of an innocent human being is wrong, even if that human being has yet to be born. It is also believed that life inside the womb holds the same intrinsic value as life outside of it. An unborn child should be afforded an equal right to life at each and every stage of development. But these arguments collapse itself if the womanhood is placed above belief of personhood. Reproductive choice empowers women by giving them control over their own bodies. Even if the conception is planned or unplanned, a woman should have the right to make the choice whether she wants to bring the child outside her womb or not. It should be ok even if it is for no reason. The choice should be entirely up to her. Undoubtedly, the ability of women to participate equally in the economic and social life of the nation has been facilitated by their ability to control their reproductive lives. Illegalizing abortion is a shameless barrier in the way of women liberation.
Another logic represented by the anti-abortion group is fetuses feel pain during the abortion procedure. According to a 2010 review by Britain’s Royal College of Obstetricians and Gynecologists, “most neuroscientists believe that the cortex is necessary for pain perception.” The cortex does not become functional until at least the 26th week of a fetus’ development, long after most abortions are performed. This finding was endorsed in 2012 by the American College of Obstetricians and Gynecologists which stated that there is “no legitimate scientific information that supports the statement that a fetus experiences pain.” 2005 the University of California at San Francisco study said fetuses probably can’t feel pain until the 29th or 30th week of gestation. Abortions that late into a pregnancy are extremely rare and are often restricted by state laws. According to Stuart W. G. Derbyshire, Ph.D., Senior Lecturer at the University of Birmingham (England), “…fetuses cannot be held to experience pain. Not only has the biological development not yet occurred to support pain experience, but the environment after birth, so necessary to the development of pain experience, is also yet to occur.” The “flinching” and other reactions seen in fetuses when they detect pain stimuli are mere reflexes, not an indication that the fetus is perceiving or “feeling” anything. So it can clearly be seen that many myths are fueling the facts of abortion.

Again, illegal abortions have some lethal impacts on both physical and psychological health like short- or long-term consequences, including anemia, prolonged weakness, chronic inflammation of the reproductive tract and secondary infertility. Of the approximately 42 million abortions that do occur worldwide, almost half are performed by unskilled individuals in mostly developing, developed or least developed countries where abortion is illegal. In these countries, antiabortion advocates and policy makers deny acknowledging the facts that abortion’s legal status has much less to do with how often it occurs than with whether or not it is safe. Illegal abortions associated with the lack of qualified medical providers, the stigma, poor health systems and grinding poverty cause the high health risks. The World Health Organization (WHO) estimated in 2004 that unsafe abortions cause 68,000 maternal deaths worldwide each year. By denying these facts, actually, the reproductive rights of a woman are being denied which is undeniable.

Another logic supporting the legalization of abortion is a baby should not come into the world unwanted. Having a child is one of the most important decisions of parents that require planning, preparation and hard core responsibilities. If someone thinks that she or he won’t be able to provide the child its basic needs, let alone proper care, it is better to have an abortion rather than throwing the child who has done nothing wrong in an unhealthy, filthy environment. Anti-social activities will be reduced in the society. According to a study co-written by Freakonomics co-author Steven D. Levitt, Ph.D., and published in the peer-reviewed Quarterly Journal of Economics, “legalized abortion has contributed significantly to recent crime reductions.”In the journal ‘The Impact of Legalized Abortion On Crime’, the authors John J. Donohue and Steven D. Levitt offered evidence that legalized abortion has contributed significantly to recent crime reductions by showing the facts that the five states of the USA that allowed abortion in 1970 experienced declines earlier than the rest of the nation, which legalized in 1973 with Roe v. Wade. States with high abortion rates in the 1970s and 1980s experienced greater crime reductions in the 1990s.
Apart from the above facts, legal child abortion protects women from financial crisis and those who are denied, become unemployed, live below poverty line, suffer from severe psychological damage, feel more regret and anger and less relief and happiness. So choosing abortion is a woman’s legal right that should not be limited by governmental or religious authority and which outweighs any right claimed for an embryo or fetus.

Gender scenario in Bangladesh: He or She

2 Replies to “Child Abortion: Should it be legal or illegal?”